Nara Dreamland was an abandoned amusement park in Japan, heavily inspired by Disneyland in California. The park was abandoned for years until it was eventually demolished between October 2016 and 2017.

Nara Dreamland originally opened in 1961, after a Japanese businessman, Kunizo Matsuo, visited Disney land in California and was inspired to bring Disneyland to Japan. It was only in operation for 45 years before closing permanently in 2006 as a result of falling attendance. Since then, it was sitting and slowly deteriorating for over a decade. This made Nara Dreamland one of the most surreal places on the planet till it was demolished. Thankfully I was lucky enough to visit the park and have some of amazing photographs to share.

I had been living and working in Tokyo for 6 months in 2017, and when I finished my last day at work, I packed my bags and I was ready to explore more of Japan. I did the usually destinations; Matsumoto, Hiroshima, Kyoto, until I ended up in Osaka for a couple of days. On the first day I leisurely explored the city centre before relaxing at the hostel bar for a drink or two (hostel bars are by far the best way to find out more about the best things to see and do).

Jump forward a couple of beers and conversations with people in the bar, and I was in a conversation with a group of backpackers about the best places to visit around Osaka. That’s when I got told Nara Dreamland was an absolute must see destination. Perfect, Nara was only 1 hour outside of Osaka. Happy days!

Getting into Nara Dreamland

The theme park was only located 30mins north of the train station so it didn’t take long to walk to the park entrance. I quickly realised that during the conversations the night before I didn’t even bother to ask how they got into the complex, as the entrance was barricaded with no way of getting in.

I decided to walk further north where I found a nature trail that looped back round close to one of the wooden rollercoasters. There was about 50 metres of overgrowth between me and my goal of getting inside, but it looked just about manageable to traverse.

Frustratingly, it got so overgrown, there was just no way through. I couldn’t bear the thought of turning back round empty handed, and crouched in the bushes trying to plan my next move. I spotted a route through to the roller coaster supports and had the ridiculous idea of scaling the rollercoaster to get into the park. It seemed less crazy than turning back!

Weirdly enough, it was a lot easier to scale the roller coaster than what I thought it would be, if it was built out of metal I think it would have been a bit more challenging. There were a lot of wooden bracing battens to get a foot hold and make my way up. The views were starting to look pretty surreal peering through the structure.

I was able to make my way down the other side of the structure, until I was able to climb over some of the fencing and on to the track. Being inside the tunnel was eerie. Until now, the only time I would have been on a roller coaster would have been in a car, sat next to other eager visitors, speeding around the track. But I was now walking along this wooden track, moss and vines wrapping around the structure, making my way up to the peak of the track.

Once I peaked my head out of the tunnel I could see the top of the slope I was heading to. Thankfully it was a easier on the track to climb up to the top, as the maintenance steps to the track were still in good condition.

The photographs say it all. The views from the top were amazing. You could see the whole park from the top, and also how in disrepair the park really was, it was upsetting to see.

To my left I saw a number of workers towards the main entrance of the park clearly stripping out some of the buildings (I visited the park when the demolish had already started). It was at that dreaded moment one of the workers spotted me and I quickly bolted back down the rollercoaster to try and see more of the park. Probably not the best decision to make, but there was still so much of the park to see.

I got to the bottom where all the cars were docked, which was super creepy, no queues no though so that was a positive.

Even walking through the promenades in the park was strange. We are all so used to cities and tourist destinations being well maintained and looked after, that the only time we see man-made attractions in disrepair is in apocalyptic movies. I was expecting a zombie to jump out of the bushes and start chasing me and any point.

The densely overgrown plantation was inevitable over time, but what I was surprised to see was the vandalism and destruction of property within the Nara Dreamland, it was sad to see.

Arcade centres were smashed to pieces, vehicles were damaged, and the place was covered in graffiti. Maybe it should be expected, since it has been abandoned for so long, but the park was definitely scarred.

This is the photo that reminds me the most of Disneyland, the entrance to Fantasyland! This is one of my favourite shots because the composition is perfect. The moody skyline, the overgrown forests on eitherside, and the once inviting archway into the section.

The attractions and rides were the exact replicas of what you would expect to see in Disneyland, although these ones would likely scare the kids from every wanting to go to Disneyland again…maybe there would have been a market in that somewhere.

You have the carousel…

The Swan Cycle, which looked like a giant spider…

The Haunted House definitely living up to its name here…

And the Screw Coaster, the second largest ride in the theme park…

The largest ride in the park is Aska…

Everything Eventually Comes to an End

Sadly, Nara Dreamland is no more. Thankfully I was one of the few people that was able to visit the park in it’s surreal state. The government gained owenership of the park after the park’s owners fell behind in property taxes. In 2013, the city put the site up for auction but the auction received no bids. In 2015 the city put the property up for auction again. This time, an Osaka-based real estate company named SK Housing won the bid, paying 730 million Yen. Demolition began in October 2016 and took 14 months to take down the park. 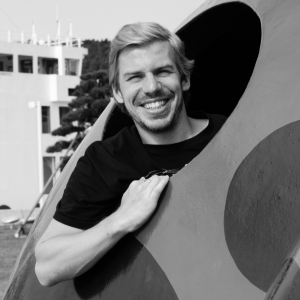 A UK Architect who loves to travel. I have lived in Japan, America and China and travelled to over 40 countries. My goal is to share my passion for adventure and exploration.

The World in Pictures

The Travel Creative was born from a need to celebrate travel, life experiences and exploration. We are avid travellers with interests aligned to those of our customers. We discovered our appetite for travel prints, posters, and maps was not fulfilled by anything currently on the market.

Subscribe to our newsletter and stay updated to our best offers and deals!